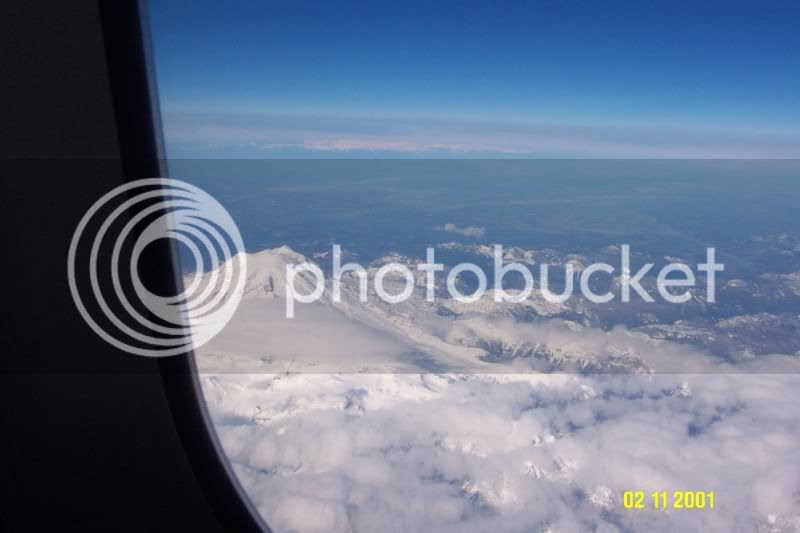 It's been a while since I've had time to participate in a Monday Photo Shoot. When I saw this week's topic, I knew I had the perfect photos.

In February of 2001, John and I were on our way to Hawaii. A little more than half way through the flight, the pilot said something over the intercom about folks on the right side of the plane having a rare unobstructed view of a snow-capped Mt. Rainier. I lifted the sun shade and there it was. 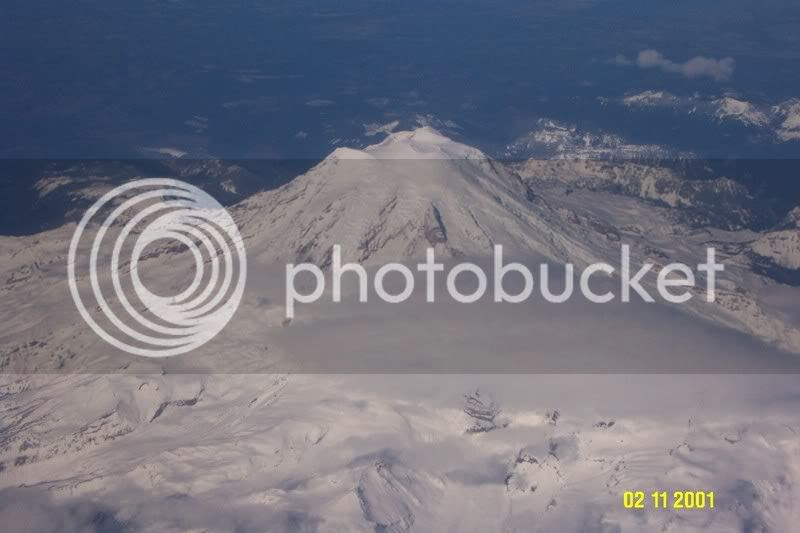 Good thing I was able to extract my camera quickly from it's bag. A view out a plane window doesn't stay put for long when you are traveling faster than the speed of sound. Later, when I had time to mull over the photos, I realized why the view was so "rare". Washington state is well known for it's rainy climate and I read somewhere that Mt. Rainier is most often shrouded in cloud cover.

I'm glad I took the pilot's advice and looked out the window that day. What an amazing sight! 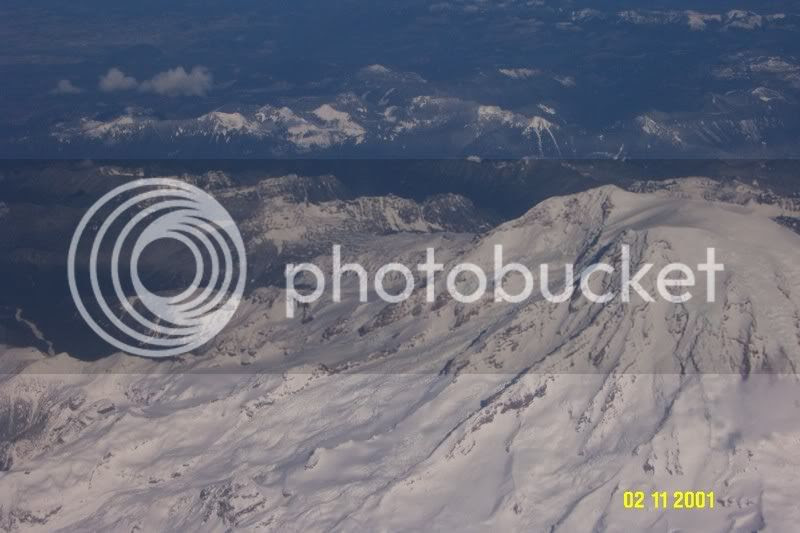 Anonymous said…
That really is amazing. You were lucky to capture it as well as you did.
3:50 PM

Anonymous said…
My favorite view is looking at Mt Rainier. Usually my view of course is from the ground. It's also my favorite view when our plane comes in for a landing - I know I'm home! :-) You got some good photographs there, nice clear and it shows her beauty!