He joined the family 16 years ago in July. I'm sure I've got a blog entry in here about it. I was driving back home after dropping Tyler off at a special day camp run by the Montessori school in Sparta. I watched a suspicious white pickup ahead of me slow to a crawl then speed up a few times before I was forced to stop my car.  In the middle of that heavily forested country lane was a little ball of grey fluff. And it was moving. If he had moved off into the woods like I suspected his siblings had, I never would have spotted him. A tiny kitten, much too small to be weaned. Another passing motorist and I searched in vain for other kittens until she couldn't stay any longer. I accepted responsibility and took the baby to my vet. I named him Spartacus (after that lonely road to Sparta) and had to bottle feed him until he was old enough for solid food. I often said he prepared me for Max's arrival a year later. Brushed up on my infant care skills since Tyler was going on 5
1 comment
Read more 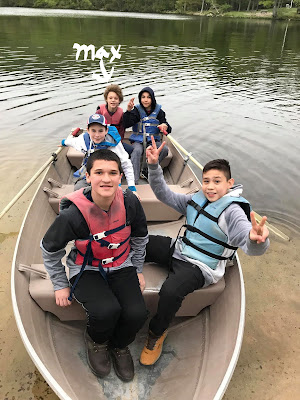 Depression and the Mama Bear

Meanwhile, in another life...