Did I ever mention that I ran away from home once? Well...it was more than once, actually. But this was the first time I stayed away. Although I don't know if a 20 year old could be termed a "runaway". Heh. I ran to my boyfriend's house and moved in with him. I had dropped out of college and just started working so I didn't have any money saved (so no first, last, and security for an apartment). My parents went ballistic when they found out I had dropped out of school (they blamed my boyfriend). I made things worse by leaving and moving in with him. He backed me up and we stopped answering the phone after about the 50th ranting screaming phone call from Mom, Dad or Mom/Dad. I pretty much stopped talking to them for a number of months. None of this is really the point of this post. Just some necessary background minutia so I can get to the point.

So during the months of silence (frequently punctuated with screaming insane spewing on John's answering machine), my grandmother fell ill. At no point during my parent's ranting did they feel it important to inform me that she was actually not going to recover (or even that she was ILL, for that matter). My brother actually called me on the sly when she died to let me know. Thanks, in part, to a smear campaign by my loving parents - I was persona non grata to my Dad's entire side of the family. They all hated me because I hadn't gone to see granny in the hospital at all during her illness. To this day none of them will talk to me. Ah well. I can console myself with the knowledge that granny, at least, didn't hold a grudge...HAHAHAHAHA ok, I am just amusing myself here. This is the grandmother I've mentioned before who never really liked my brother and I because we aren't "blood". Sorry, I'll be serious.

Lucky for me granny's will was poorly worded. She simply stated that all family members were to gather and decide amongst themselves how to share her large house full of stuff (grandchildren included). So all her kids (Uncle John, Aunt Dorothy and my Dad) decided on a mutually agreeable date to meet up at granny's house to divvy up the booty. Unbeknownst to us, the only one of granny's kids who still lived close by (my Uncle John and his kin), and the only ones who routinely sponged off her considerable largess, went to her house a week early and helped themselves to any/all items they could easily carry that were of any significant value. Can you feel the love, people? So it was a bit of a shock when the rest of us arrived to see a considerably emptier house to paw through. Uncle John made no apologies. He merely acted in his normal "aw shucks, we is poor" fashion and his siblings succumbed to Catholic guilt and said 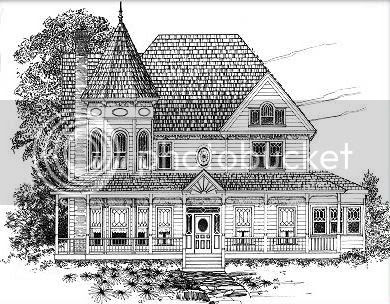 Now why, do you probably suppose, did I have any interest in taking mementos of a woman who so obviously hated me? While I really disliked granny, I really LOVED her house. It was a grand old Victorian lady built just after the turn of the century. Hammered tin ceilings, stunning, rich, dark mahogany woodwork, grand columns and archways, and a breath-taking three story spiral staircase in the mosaic tile entryway. I remember the deep green and white checkerboard floor of the kitchen with it's green 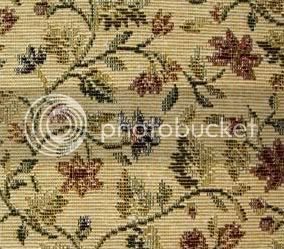 painted cabinets...the heavy swinging door that led to the dinning room with the five-tiered crystal chandelier that looked like an upside-down wedding cake and window seat overlooking the wooded back yard, the front living room with the grand rose marble fireplace, built in library corner with elegant tapestry upholstered wing chair and oriental reading lamp with loads of good books on the shelves, and the parlor with it's elegant antique embroidered settee with hand made lace doilies to rest your head on. 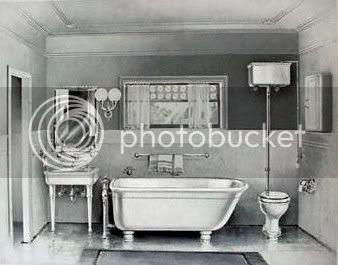 The bathrooms were a marvel of white subway tiles with huge cast-iron claw-footed bathtubs and free standing pedestal sinks. I loved to stay in my Aunt Dorothy's old bedroom which had remained untouched, just as she kept it when she was a child. There was an antique doll house with gingerbread trim (just like a tiny version of granny's house), a mural encrusted toy box full of treasures, and more shelves full of books to wile away the days during our frequent visits.

My brother and I would gleefully race up and down that grand staircase and play endless games of hide and seek. There were so many rooms, nooks and crannies in that house that each person's turn would last an eternity. At some point in their childhood, my father and his brother (craving privacy, I am sure) elected to make the bedroom in the attic their room. It was obviously a room build for a live-in maid or butler originally. There were two other large spaces in the attic, a cedar paneled room designed for short term storage of things like out of season clothing, and an unfinished portion of the attic with newspaper lined walls and rough hewn flooring that was filled with all sorts of trunks, boxes, old sewing machines and the like. We were never allowed in my grandmother's room, but I remember sneaking in to take a peek. It was a rather dark room with deep rose colored wallpaper and a rose chenille bedspread. She had beautiful rosewood furniture too, with an ornately carved headboard. *sigh* I could go on and on about that house. But back to clean-up day.

The only thing I really wanted from granny's house was the library wing chair and some books. Granny had already given me so many books over the years (I would ask if I could have and she would wave her hand at me dismissively saying "yes, yes...take what you want. No one reads them anymore anyway.") I used to spend hours in that wing chair as a child, buried in a book. It was one of the few things that held any significance to me. I sat in "my" chair and listened to the "adults" quibble over everything. My mother was livid that Uncle John and Aunt Mary had helped themselves early AND they were tagging all the best of the large items that remained (like granny's beautiful antique rosewood bedroom set that had belonged originally to HER grandmother, the parlor antiques, the marble topped breakfront from the entryway...yadda yadda). At one point my Aunt Dorothy brought me a photo album and said, "Here hun, you might want this." It was a photo album entirely dedicated to pictures of me growing up. Hmm. I began to cry. Maybe granny didn't hate me as much as she acted like she did. In the midst of my silent weeping, my Aunt Mary (John's wife) came into the room, saw me with a photo album and ripped it out of my hands. "What's THIS?! Are you trying to take this without ASKING!?" I felt a quick rush of anger and snapped, "No! Aunt Dorothy just gave it to me and said I would probably want it!" Mary narrowed her eyes at me suspiciously, flipped through the album, noticed it's contents, grunted, and threw it back in my lap without apology. She turned abruptly and just walked away. I was left quaking with suppressed rage.

The day drew to a close and no one had laid claim to the well worn wing chair I was occupying. Nor had anyone shown any interest in the books on the shelves. I finally screwed up my courage and walked into the dining room where they were all sorting through granny's china and glassware. "If no one minds, can I take the wing chair in the living room?" I asked in a timid voice. All activity stopped as all eyes turned to me with surprise. I got a chorus of "That old chair isn't worth anything." ... "We were going to give it to the Good Will." And my Dad said, "I don't think we have room in the truck for it." "OK..." I mumbled and went back to sitting in "my" chair. In the end there WAS room in the truck. So I got my wing chair AND a box of books to boot. While everyone else seemed angry and cheated, I left feeling enormously satisfied. 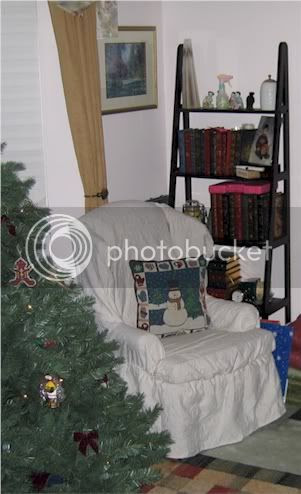 I've protected the chair with a slipcover (cats) and placed it in my "library" next to my nice book collection.
Email Post