Where did my baby go?

I have two main thoughts milling around in my head today. Well, WAY more than two, but that would be too much typing. 😅

First is my observation of Max.

While his Dad was away in Atlanta, he didn't ask to sleep with me at all. That was a shock. I've also noticed a shift in his attitude lately. He's more back-sassy, a touch lazier, sleeping more, and much more independent. He was already super independent for a kid his age, but now he wants to ride his bike to Walmart. Uh...no. WAY too many busy roads between here and there.

BTW, he has only been riding a bike for a month. Yep. He had a bad experience when he was 4 or 5 and decided bike riding was not for him. He stuck to that, hard core, until a few weeks ago. He spent a day on a bike with training wheels, felt silly, made his dad take them off, had about 15 minutes of wobbly, and was off like Lance Armstrong. We've been in the market for a new bike for him ever since. He is being very very picky. 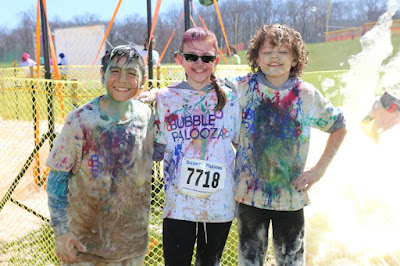 Am I ready for another pre-teen? No. Not in the slightest. I have hope that he won't be as, uh, pre-teeny? as his big brother. But the cranky, snotty, eye-rolling, and duh filled moments are steadily increasing. He's in transition, for sure. Lord help me.

Then there is my increased interest in car and truck ads. Yep. I've started looking! My lease is up in November. Max talked me into 2 more years as a mini-van mom a while back, but I think we are both ready for a big change. The ad for that new Chevy Traverse has caught my attention. Anyone know anything about those? The ad is cute and it looks nice.

Also considering an extended cab truck. I want a pull out ramp in the back so I can travel with my new scooter (which I also plan to get soon.) 😜 I think having one of the boys just drive it up a ramp is easier than getting a wheelchair accessible van or trailer or some kind of winch system installed. I see people load motorcycles, ski mobiles, ATVs...etc. into trucks. I may change my tune when I try to hoist myself up into a pickup (will need a step, for sure) but we shall see. I'm just excited about the possibility of change.
Email Post