A blast from the past...

A couple months ago, my darling husband decided it was time to REALLY clean out the garage. He was determined to get rid of at least half the junk we had stored in there to make room for our cars. (Really. Why have a garage if you can't fit your car in it, right?)  At one point during that weekend long cleaning spree, he brought me a box. "This has been in the garage since we moved here! Go through it please. I think it's gotten wet a time or two, so no telling if the contents survived..."  I held my breath and prepared for the stench of damp, rodent remains, and/or insect activity.

There was evidence of all three (plus a faint whiff of cat pee) but the contents of the box soon made me forget all that.  It was like opening a time capsule. This box had been packed in 1988 or so when I left home to move into my new apartment and hadn't been touched since.  It just moved with me every time I got my junk together to go to a new place. I probably peeked in there a time or two, saw it contained just random memories and never bother to put any of it away. Or throw any of it away.

It took me several days to sort through the contents. I posted a bunch of pictures on facebook, but here are some examples: 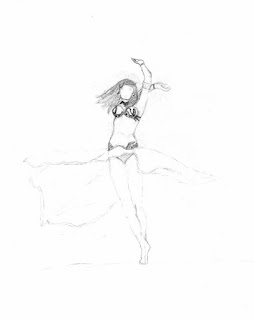 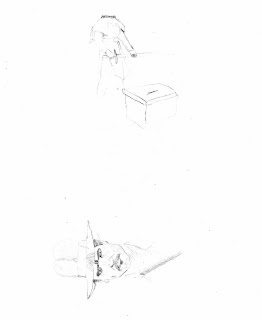 These are some old, unfinished pencil sketches from my more artistic days. I used to draw all the time. 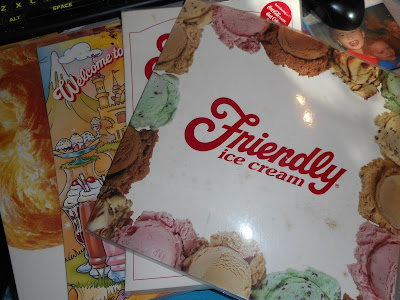 Menus from my time working at Friendly's as a waitress. (We were required to memorize the menus.)

There were cancelled checks from bank accounts I didn't even remember having, pay stubs from long forgotten jobs, misc. stationary, a pack of old photos - some from my college days that I'd all but forgotten. 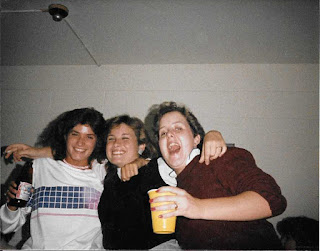 The very last item in the box was a small white envelope with the address of a photography studio in Florida stamped on it. The envelope was in really rough shape, but I wish I'd taken a picture of it before throwing it out. I'm curious now about the photographer/studio.  The envelope contained fourteen 35mm slides. The first photo shoot for my modelling portfolio, from what I could see holding them up to a lamp.  Unfortunately, less than a month earlier, I'd disconnected and gotten rid of my old flatbed scanner (it had a transparency adapter.) It wasn't compatible with Windows 10 and was just collecting dust.  How was I going to scan those slides and digitize them for posterity?

I popped on to Amazon and almost immediately found a handy little device called the F2D Mighty from Wolverine. A film to digital converter. It was reasonable inexpensive and could not only handle my slides, but a bunch of other film types too. Sold!

I got it up and running this weekend and scanned all my slides in. 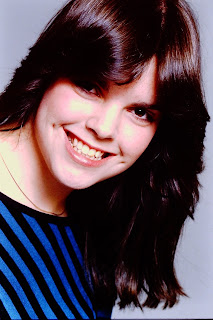 Hey! It's 80's me! Back when my mother was certain I'd be the next Cheryl Tiegs or Brooke Shields. Ha!  No. My modelling career never really got off the ground. I hated the entire process. I had no confidence or self-esteem at that time. I was tall, awkward, shy, and broken. One runway show and a catalog shoot and I was done. Except for the Miss Teen pageant my mother also pushed me into. Ugh. I think I already blogged about that too. Ah, 80's nostalgia. That was a great but horrible time.
Email Post