Oh GP, you are so busted. I opened a brand new package of Quilted Northern this morning, feeling pretty pleased that they had custom pink packaging for breast cancer awareness and the promise of a donation to Susan G. Komen's foundation. Nice! But wait a sec... There was something different about the roll.

It took a moment for it to register. There were still a couple sheets clinging to the old roll I'd just removed, so I pulled one off to do a comparison. The new roll was significantly narrower in width than the old roll. I checked the package carefully to see if this new "enhancement" was noted anywhere. Nope. Still bragging that the roll was a "double" with twice the sheets of a "regular" roll of toilet paper. Hmm! 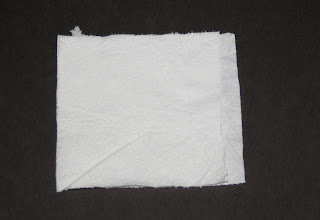 So what's the deal? Charge us the same and shave off pennies per roll so your donation to breast cancer research really amounts to nothing? Or is this new enhancement a long term deal like so many products before yours. Make it smaller, charge the consumer the same amount and hope we don't notice?

Gah I hate the underhanded way that practice is foisted upon the average American consumer. Smaller candy bars (same price), smaller portions in frozen dinners (same deal)...give us a little less but charge the same price so you can make the claim that the cost of your product hasn't increased in X number of years. Come ON. We aren't stupid. 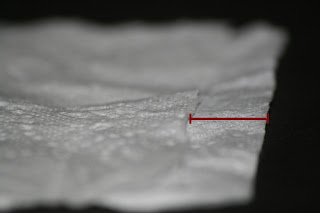 Bridgett said…
It's ridiculous, isn't it?

Aggravates the hell out of me.

Unknown said…
Their FAQ site says this is a good thing, as if we aren't smart enough to know what we want in our toilet paper. They say ". . .the roll size itself is narrower, creating additional efficiencies. Quilted Northern Ultra Plush requires less packaging, creates a smaller case size, uses less core paper per roll, and can be transported more efficiently."

In other words, less paper equals more profit for them.
8:58 AM

Anonymous said…
Hello Guru, what entice you to post an article. This article was extremely interesting, especially since I was searching for thoughts on this subject last Thursday.
6:41 PM

Mark said…
The change is noticable just holding the roll in your hand. They probably should have been more sneaky and reduced the size a little at a time rather than a half inch all at once. This time I'm not powerless. I'm going to look for another brand. Stay strong!
10:39 AM

Anonymous said…
I inclination not approve on it. I think warm-hearted post. Especially the appellation attracted me to be familiar with the whole story.
12:26 PM

Anonymous said…
Nice fill someone in on and this post helped me alot in my college assignement. Thank you seeking your information.
8:42 AM

Anonymous said…
I actually noticed when my roll would not stay in the holder due to the reduced size. I contacted Georgia Pacific and they responded by saying that their"test core group" was very happy with the changes. I told them, I would find a different company to do business with since I too felt it was very cheezy to scrimp on the size and roll the paper looser and call them bigger and improved.
12:17 PM

Anonymous said…
Nice post and this enter helped me alot in my college assignement. Thank you on your information.
3:27 PM

Anonymous said…
My toilet paper HOLDER did not magically get smaller by 1/2 inch. Whomever thought this was a good idea should be promptly escorted to the exit doors at Georgia Pacific. I'm changing brands for good.
4:12 PM

Anonymous said…
the diameter of the cardboard roll is larger too -- meaning less sheets per roll. cheap cheap cheap.
they are supposed to be a NAME BRAND -- with quality! now it is just a rip-off...
4:10 PM